Posted by beckylevine on 9 Sep 2011 in Uncategorized |7 Comments

1. And the winner of my Random Acts of Publicity contest is… 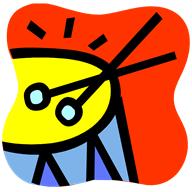 Which is more than fitting because Mike is the one who reminded me about the RAP, AND because Son pulled Mike’s name out of the bowl last night, which pretty much proves that the BOOV are out there & taking an interest in our lives. Mike, send me an email at beckylevine at ymail dot com, with your snail-mail address, and I’ll get a copy of Steve Kluger’s My Most Excellent Year out to you!

2. I read through some past chapters of my YA historical, downloaded the newest Beta of Scrivener, and came up with a different way to approach the next scene (one already written in the first draft). Which officially means, yes, I’m back to work on the YA.

3. I have seen several yellow leaves drift out of the trees as I drive up our road into the hills. I don’t think autumn is officially here yet, but between the leaves and the shorter days, I can tell it’s on its way.

4. I realized I have hit a yoga milestone. Well, a few. First, yes, the tips of my fingers have actually touched the ground during forward bends. Did I say my knees were straight at the time? No, I did not. They’ll get there. AND I have gone a week+ without having to take an afternoon nap the day of a morning yoga class. Did I say I wasn’t tired? No, I did not. I’ll get there. I’m counting it all as progress.

5. I was lucky enough to get an ARC of Kathryn Fitzmaurice’s latest book, A Diamond in the Desert. This book blew me away. Who says a historical novel has to be heavy on details? Who says it has to bury us in historic figures & facts. Not Kathryn. She’s chosen an amazingly taut, light structure to tell the story of a young boy playing baseball in a Japanese internment camp. And it all works beautifully. Watch for a future interview here with Kathryn about the book.