Posted by beckylevine on 21 Jul 2011 in Uncategorized |8 Comments

If you were to visit my critique group and ask, “Who’s the most guilty member of the group,when it comes to interrupting?,” they’d smile and say, “Oh, that’d be Becky.” And then you’d look at me, and I’d be nodding sheepishly. 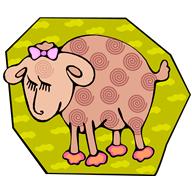 Yeah. I get excited about the ideas going around, or I’m thinking along two tracks at once–what the critiquer is saying and what I “know” about my story, and I’m trying to put it all together, and I forget to do it quietly. Silently. In my head.

You’ve probably heard that, when you’re being critiqued, you don’t get to argue with the critiquer or defend what you’ve written. You may have heard threats about duct tape being used to keep a critiquee quiet. I’m pretty sure those are just urban legends. But there are good reasons for not interrupting while someone’s presenting their critique. And, if you’re in an online group, those reasons are just as good for not sending off a “But….!!!!” reply too fast, without giving yourself and the critique time for the feedback to settle in.

It’s not always when you’re being critiqued that you feel like jumping in. You can be listening to a critique partner give feedback on someone else’s book, and get a lightbulb moment that you just have to share. Now. Immediately. Your impulse is to just blurt it out. 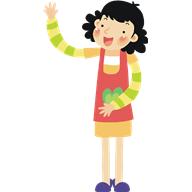 Resist the temptation. Keep a pen and piece of paper handy and take notes. Scribble down your idea or your question, and wait for your turn. One of the most important things a critique group can do is leave time after the critiques for discussion and brainstorming.  Use that time.

And, meanwhile, pass around the duct tape.