A Little Light at the End of the First-Draft Tunnel

If you’ve been following along, you may know that I’ve been writing the first draft of this WIP a little differently than my “usual” style.  Oh, I plotted…way back sometime in what feels as distant and obscure as the Dark Ages. And, in essence, I’m sending my MC through the places and some of the problems I came up with for that plot. But look at the actual plot? Check out what Caro “should” be doing next? Remind myself of that original plan?

Not this time. I think maybe I did used to write this way, before what I kind of think of as my understanding of the craft and my serious commitment level coming together, but I don’t really remember much of that “process.” This has been, and still is being, an incredibly nebulous, gray, wobbly stage. With, you know, plenty of room for panic.

Still, I try to push the worry away. I listen to Janni Simner a lot, who seems to truly enjoy and relish the “exploratory” draft. I know…really! And I keep writing.

Guess what? Things are happening. Yesterday, I had a great critique session, with lots of positive response to the way my MC is (finally) turning up on the page and to a few scenes I’d written that (yes, finally) are getting into various worlds within 1913 Chicago. The writing is coming more quickly for me, too–I seem to be heading toward the climax and the big choices, and I’m feeling like I can jump from scene to scene without worrying as much about background info and transitions (all of which will ultimately, I’m sure, demand at least some space). I’m loosening up.

And here’s the coolest part. It’s becoming pretty clear to me what I’ll absolutely have to work on before I start draft 2. What’s absolutely missing from this draft. And what would that be, you’re asking? Well…I’ll confess. That would be my antagonist.

I know. How does somebody write almost an entire first draft without an antagonist. Oh, she’s there, don’t worry. She’s just not doing anything yet. Sigh.

Actually, recognizing this is a relief. The lightbulb has gone off sooner than it usually does. After I wrote the first draft of my last book, the “biggie” was the fact that my sidekick was leading all the action and my “hero” was being decidedly unheroic and pretty much sitting back to observe (and, you know, tell the reader all about stuff). The main focus of my second draft was to push him into taking charge of the plot.

So it’s good that, before I’m finished with this draft, I already know what Draft 2 will be about. Yes, I’ll make other changes–I’ll keep weaving in history; I’ll bring Caro’s voice (hopefully) into the earlier scenes), and I’d darned well better get more of the overall plot happening. The goal, though, will be to bring my antagonist into serious play—have her block Caro at every turn, have her behavior be understandable but angry-making, have her do things.

Things are feeling a bit synchronicity-ish around here. I hit this recognition sometime last week, just about the same time I decided to take the synopsis class. Guess what I’ll need to work on for that synopsis–oh, yeah. This antagonist. I won’t get “there” in the next two weeks. I’ll have plenty more figuring out to do when it’s over. But guess what?

And that’s what drafts are all about. 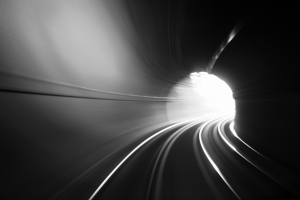