Posted by beckylevine on 26 Apr 2012 in Thankful Thursday, Uncategorized |2 Comments

Over on Facebook today, one of my nieces made a comment about how it’s just not possible to have your life planned out at her age. She’s a sharp young woman with awesome goals, energy, and commitment; since I’ve known her (okay, maybe since she started walking!), she’s decided she was going to do something, and she’s done it. At her age, I was pretty much deciding, almost every day, that I didn’t want to do…X. Or Y. Or any of the other–*counts on fingers*–23 letters of the alphabet. (Hey, B is for “book,” and I have never chosen against that!) 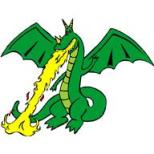 I used to think that was a bad thing. There are many days when I still do think that’s a bad thing. Usually, though (Beware: It’s a little trite), the more time I spend with yoga and the whole Pay-Attention-to-What’s-Happening-Now-and-Stop-Grasping-for-Something-in-the-Future thing, the more I’m glad that my life has gone the way of the planless. Or maybe the failed plan. I’ve tried not to grasp; however, I have grabbed a few times, when opportunity knocked. In fact, I’ve often pulled it inside and fed it hot chocolate and cookies to make it stay. And most of those opportunistic grabs came from hanging out, watching what was going by, checking in with myself, and–yes, I won’t lie to you–not a little panic.

I’ve been stressed, frustrated, anxious, and irritable. I’ve also been jazzed, engaged, creative, and free. And, I believe, incredibly lucky.

I have no advice for my niece, for any of my nieces or nephews. (I have plenty of advice for my son, although I do try to just trickle tiny driplets at him occasionally, rather than backing up the dump truck and burying him in it all at once!) Lives are so different, and personalities, and what comes at each of us that we can’t control. All I would say is that I’ve made plans and broken plans, written lists and torn them up. And essentially, over time, it’s all been good.

For which I am, yes, very thankful.